For a hobby project of mine, I was thinking of using Ghost to host the content and generate the layout etc. However, no matter how great Ghost is, it is very blog-focused and trying to fit a square peg in a round hole is not my thing.

So I've stumbled upon Headless CMS which apparently is a hot thing these days... See https://www.linkedin.com/pulse/top-17-headless-cms-platforms-available-2018-review-varghese/

I like the idea of having the content clearly defined in a queryable API, preferably GraphQL or some industry standard. Then I can just have a thin frontend/static app which fetches the data (and I can learn some React while doing that haha).

For a while I thought Prismic was the way but their GraphQL is only in beta and doesn't support mutations.

Then I've tried Strapi which is self hosted but unfortunately I find it really buggy at the moment. Sometimes regeneration of the model fails because you've used type as name of your model's field (and it's also reserved SQL keyword), or the UI does have some quirks. It's a lively open source project so it may be a good alternative if it matures.

After trying CosmicJS I liked their approach but I don't wanna put their badge on my site (which means you cannot use their 'community' tier).

Squidex had a good mix of open source and hosted option, but it looks like it's a single contributor project so if the dev gets tied up in something, dev work can get stalled.

And now I'm back at where I've started in the first place - with GraphCMS. Their GraphQL support is superb, they seem to have a good set of features and the only thing I'm missing ATM are the webhooks (and more content slots). But other than that, I'm almost deciding on it. The UI is a bit quesy.

My second in line would be Contentful if they've had GraphQL in their free tier. 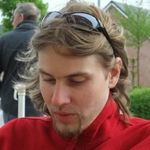